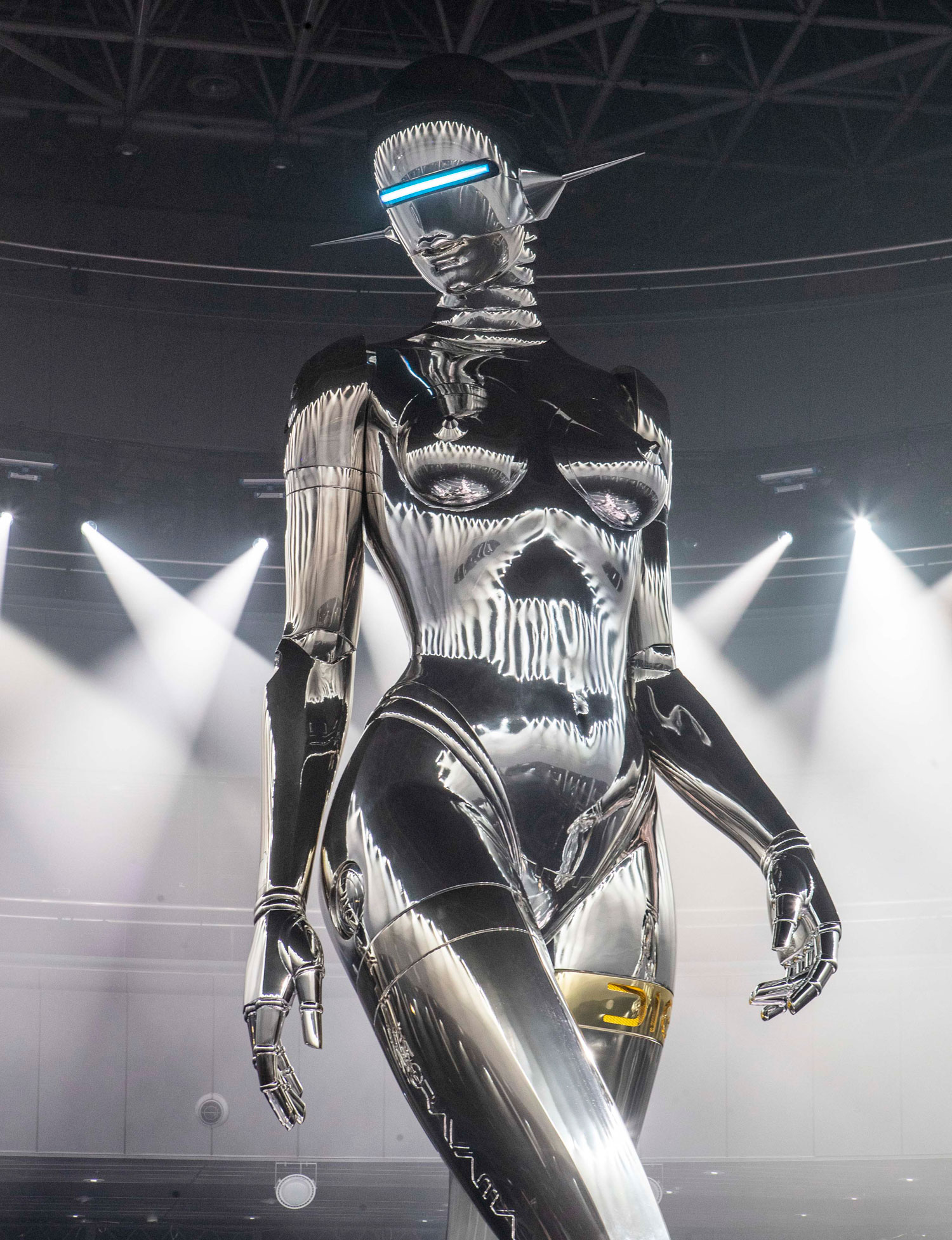 Kim Jones Is Designing Menswear For The Future At Dior Man

The British designer’s reign at the house of Dior is shaping up to be a futurist exploration of menswear codes, as seen in the Pre-Fall 2019 collection's free and deft usage of the vocabulary from the streets to the haute couture ateliers.
Words by Gordon Ng
11 Jul 2019 — 4:39PM SGT
That Kim Jones is an immensely talented designer was never a question, but it’s perhaps that we have been taking his abilities for granted while he was with Louis Vuitton. The Englishman, having only recently transferred to the helm of Dior Man (the Homme has been redacted and replaced), has already showed two vibrant and current collections that emphasise his place at the top of men’s high fashion.
‍
His Pre-Fall 2019 collection for the house of Dior, shown in Tokyo at the Telecom Center in Odaiba, was one such display of prowess. Jones’ strength is in seemingly having a grasp of everything the contemporary designer and creative director needs. His affinity for streetwear and its culture is quite unparalleled in high fashion right now; he has a masterful hand over tailoring, cut and silhouette; a brilliant graphic eye that can deftly manipulate even challenging prints into elevated design. Point is: he’s got it all. And it’s perhaps now that he has at his disposal the ateliers of the house of Dior that he has a truer creative freedom.

John Galliano used to talk reverently about the possibilities that designing haute couture at Dior afforded him. A laboratory where dreams were made possible and true only because these skilled teams of craftsmen are behind five or six-figure garments. I saw that kind of wonder of creation in this show as Jones continued his softening agenda. That is, taking out the stiff canvassing - which might be to tailoring what the corset was to dressmaking - behind the codes of menswear and introducing the feminine in an artful way. And this makes complete sense, considering the range of customers and clients his designs will be serving. You’ve got the skate and street crowd that rally around Dior as a status symbol of aspiration and success. You’ve got the older gentlemen who rely on the brand as a clothier of sharply cut suits. You’ve got the trendy fashion customer who wants a bite of the season’s statement prints and items. And you’ve got a range of younger wearers who embody a less rigidly dichotomous view of sex and gender. Think of Ezra Miller in one of Jones’ creations sipping out of a champagne flute pen before the show. 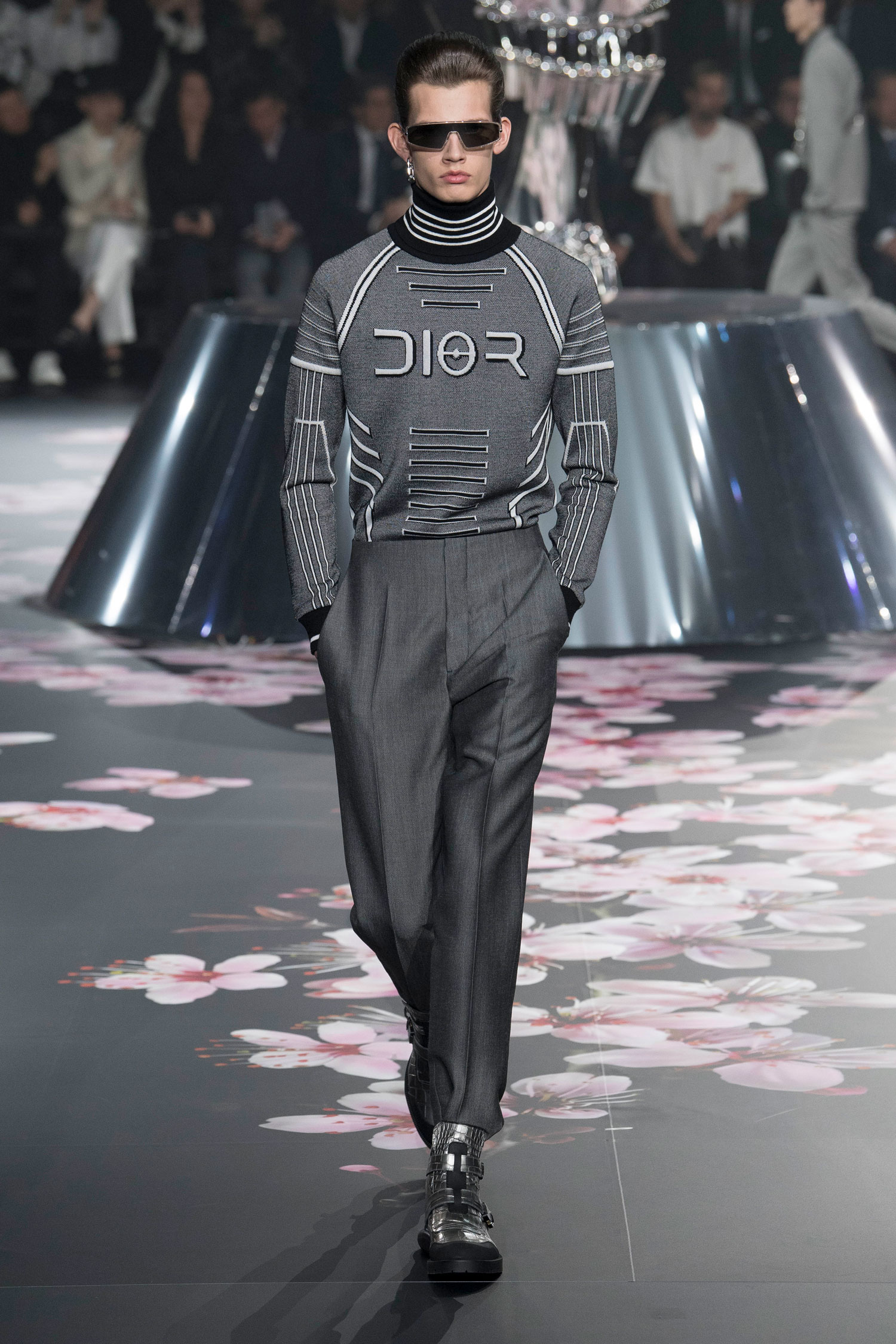 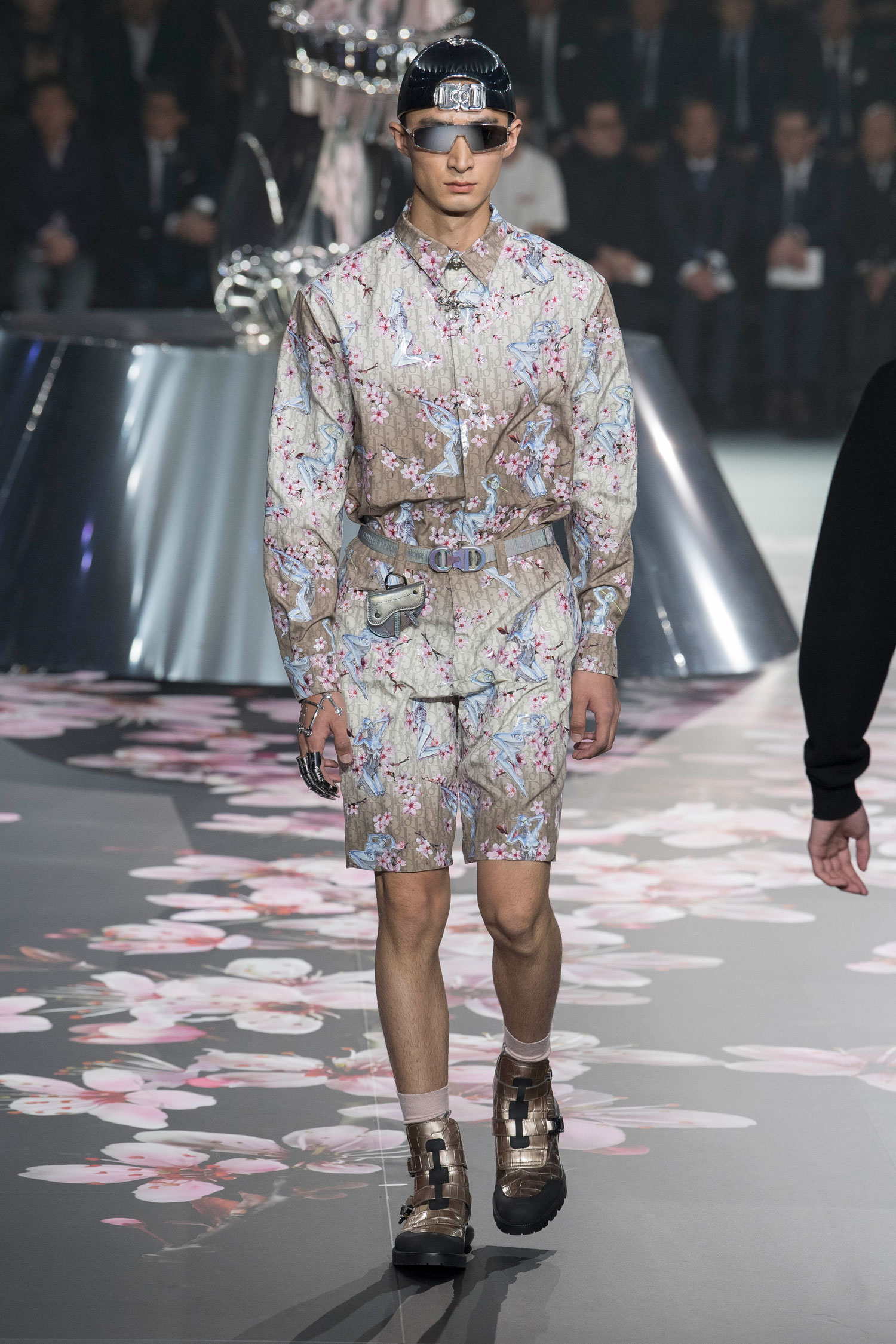 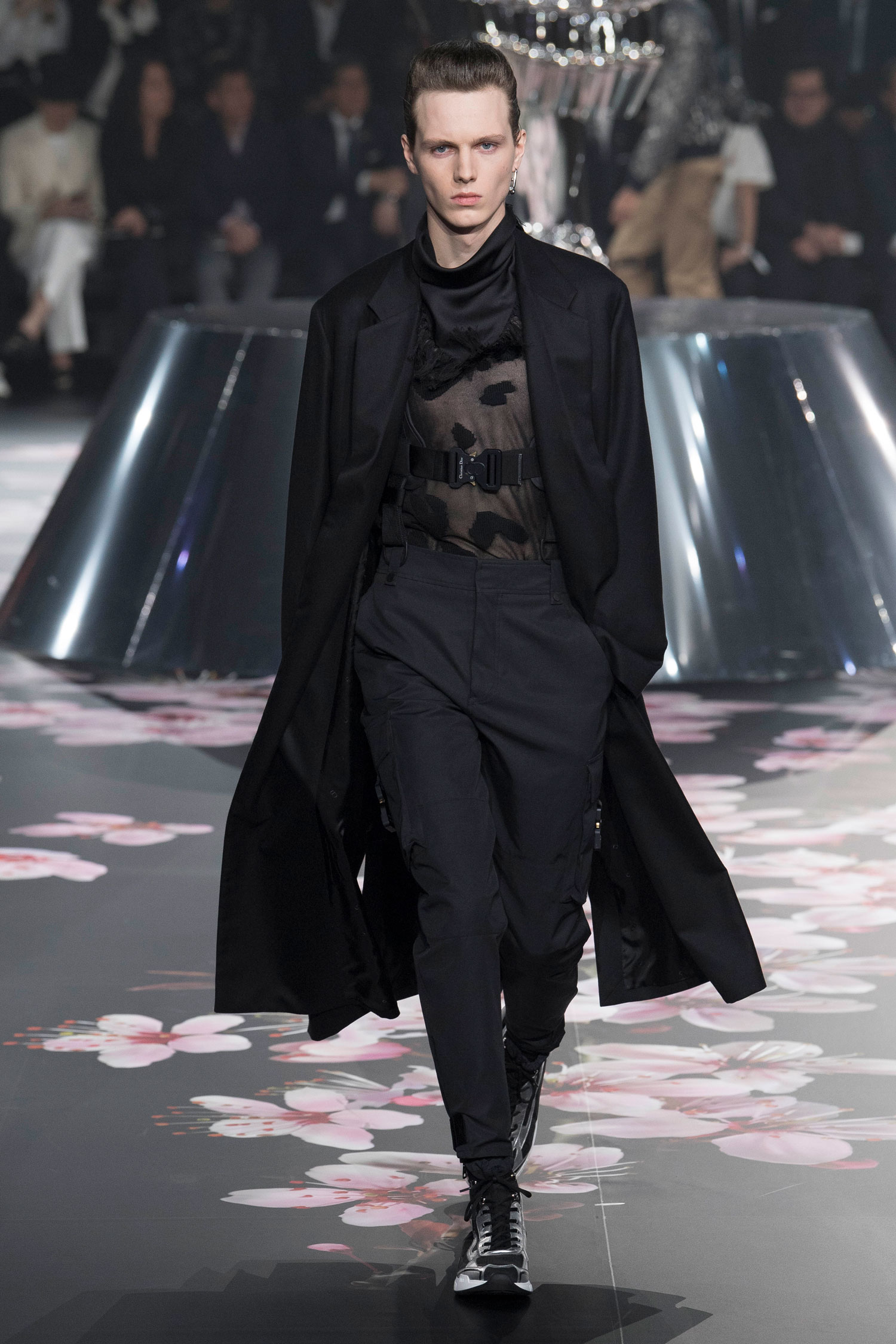 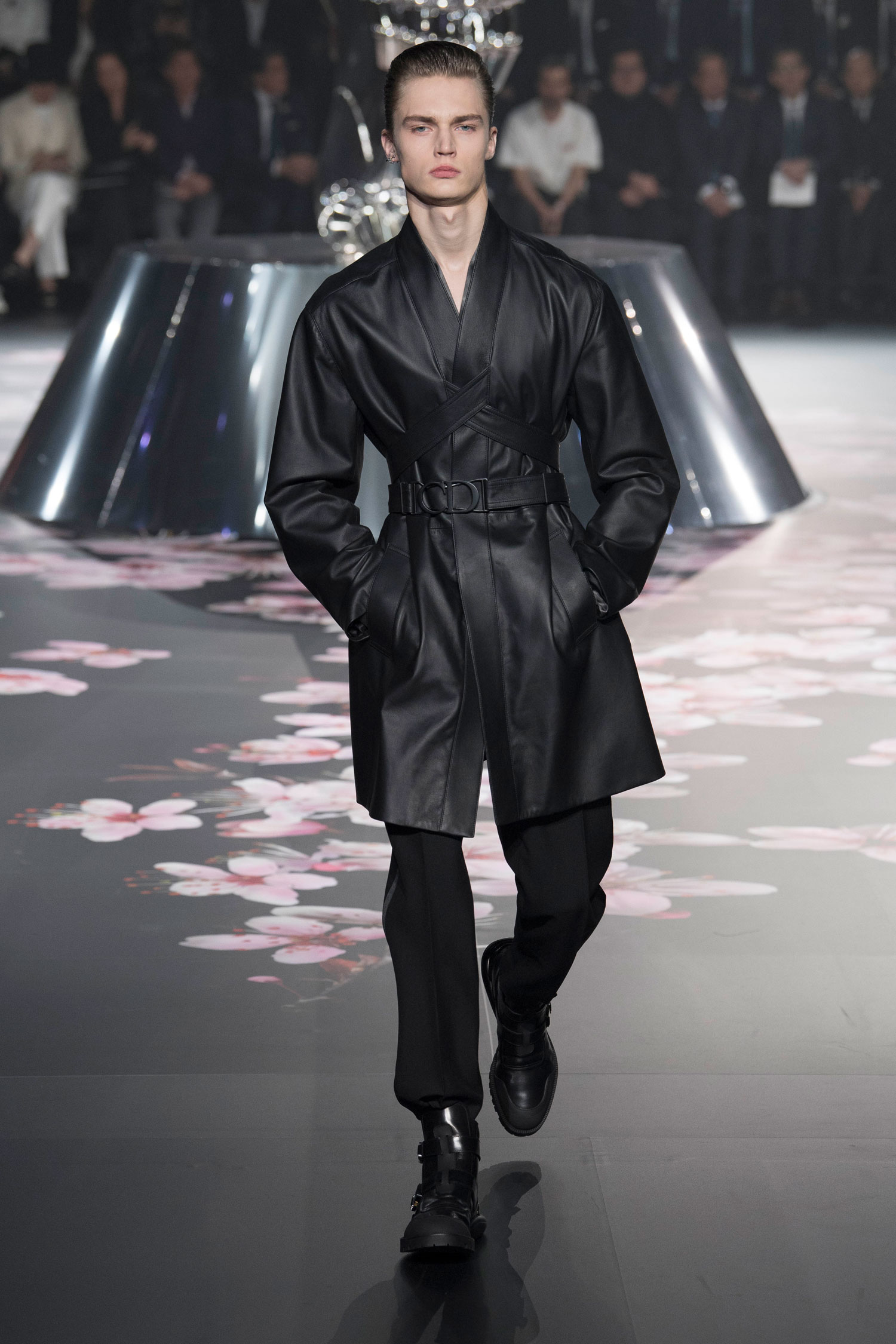 Kim Jones' tailoring at Dior Man is rooted in a cut he calls the 'Tailleur Oblique', a soft and enveloping silhouette that uses asymmetry and button closures at the side of the body. It's an idea grown from the Autumn/Winter 1950 haute couture dresses, but the tendency of it to resemble Japanese clothing makes it a rich shape to mine for a collection shown in Tokyo. 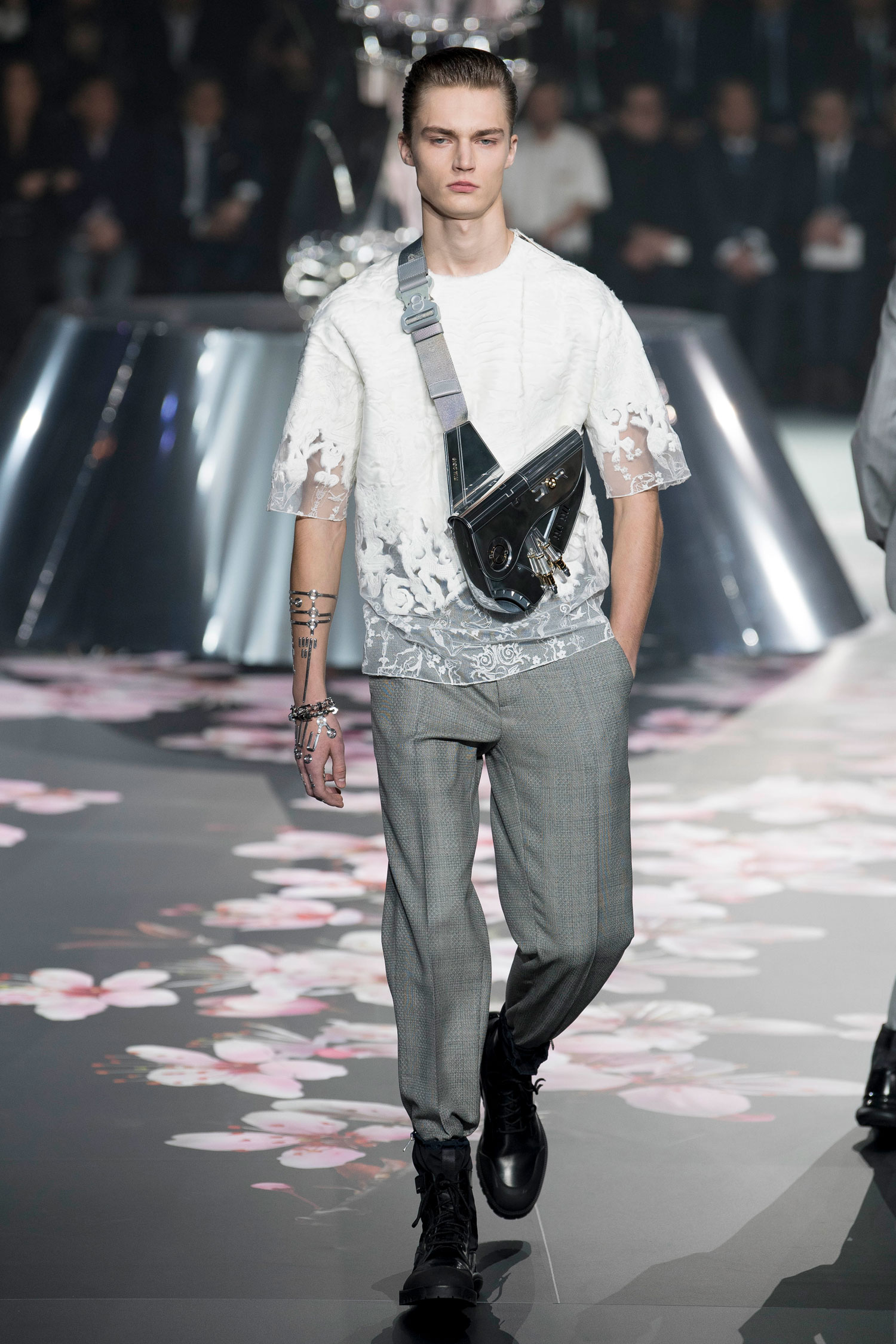 The Dior Saddle bag, which is enjoying a comeback since its heyday as an It bag in the 90s, was recast in a special, metal edition in the style of Hajime Sorayama's android style. This version, both show-piece and collectible, is said to cost a cool USD35,000.
And so the collection, though simply based on an idea of futurism, came in myriad forms. A forward-looking sweater and trouser look opened the show, fusing a sporty material, futuristic print, traditional cut, and the shade of grey that was one of Monsieur Christian Dior’s favourite colours. Old and new, a little bit for everyone. It was an effective statement to open with. See Look 4 too, with its luxury combat boots, classic wool trousers, robotic accessories, and a shirt that looks almost haute couture. The rich and luscious astrakhan on the top flows and almost drips into nothingness, ending in sheer toile de jouy on tulle at the bottom. It’s the kind of artisanal marvel that a house like Dior allows, and Jones is making full use of it.

The jewellery and accessories were quite marvellous. Jones has brought on Yoon Ahn of Ambush to contribute the accoutrements to his world, and it’s a great fit. The CD-initialed chains and steely saddle bags were a witty extrapolation from the show’s close collaboration with the artist and illustrator Hajime Sorayama. Sorayama’s work famously uses feminine robots dialled to hyperreal eroticism, and there’s that same sexual and vaguely libidinal drive in the pieces. 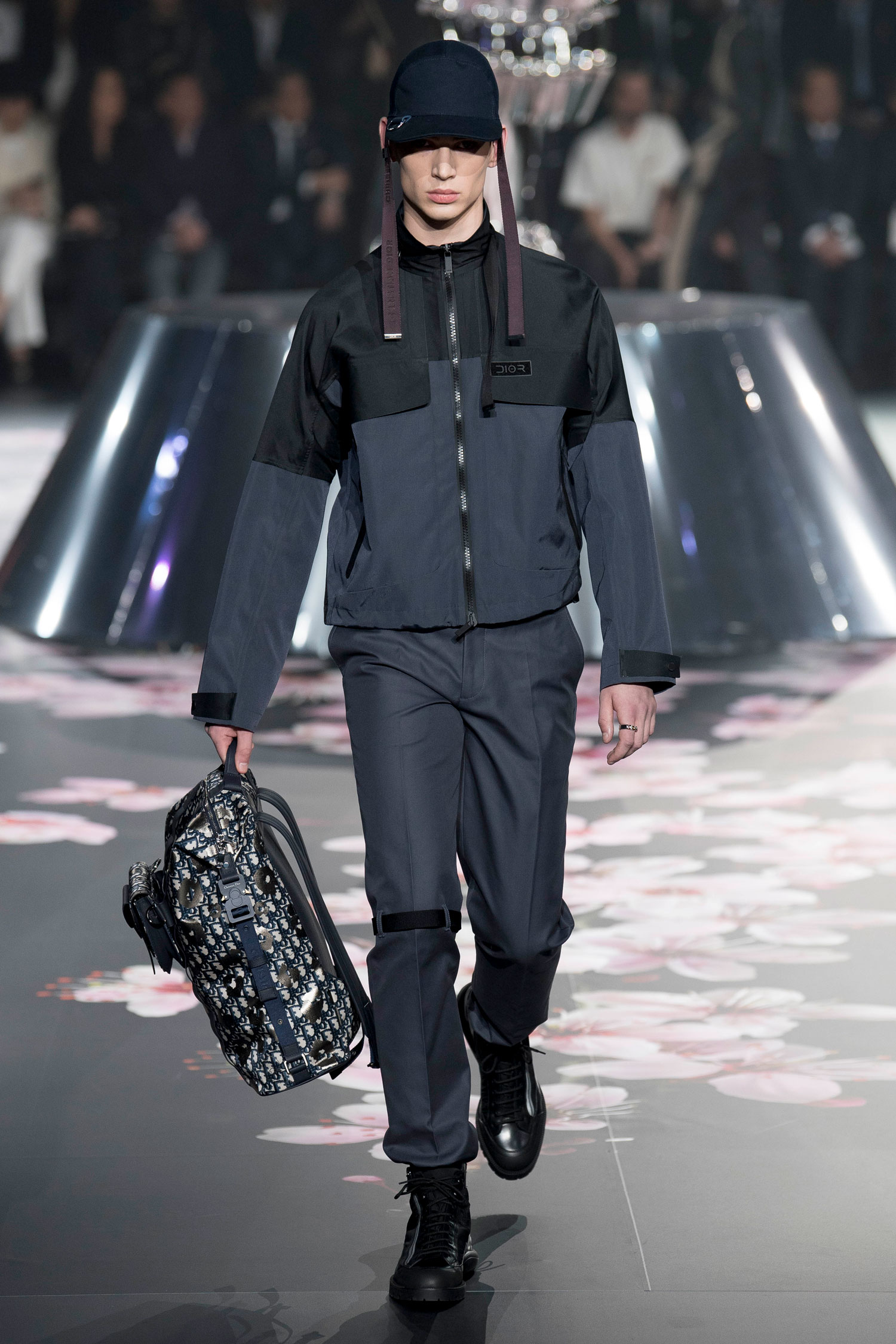 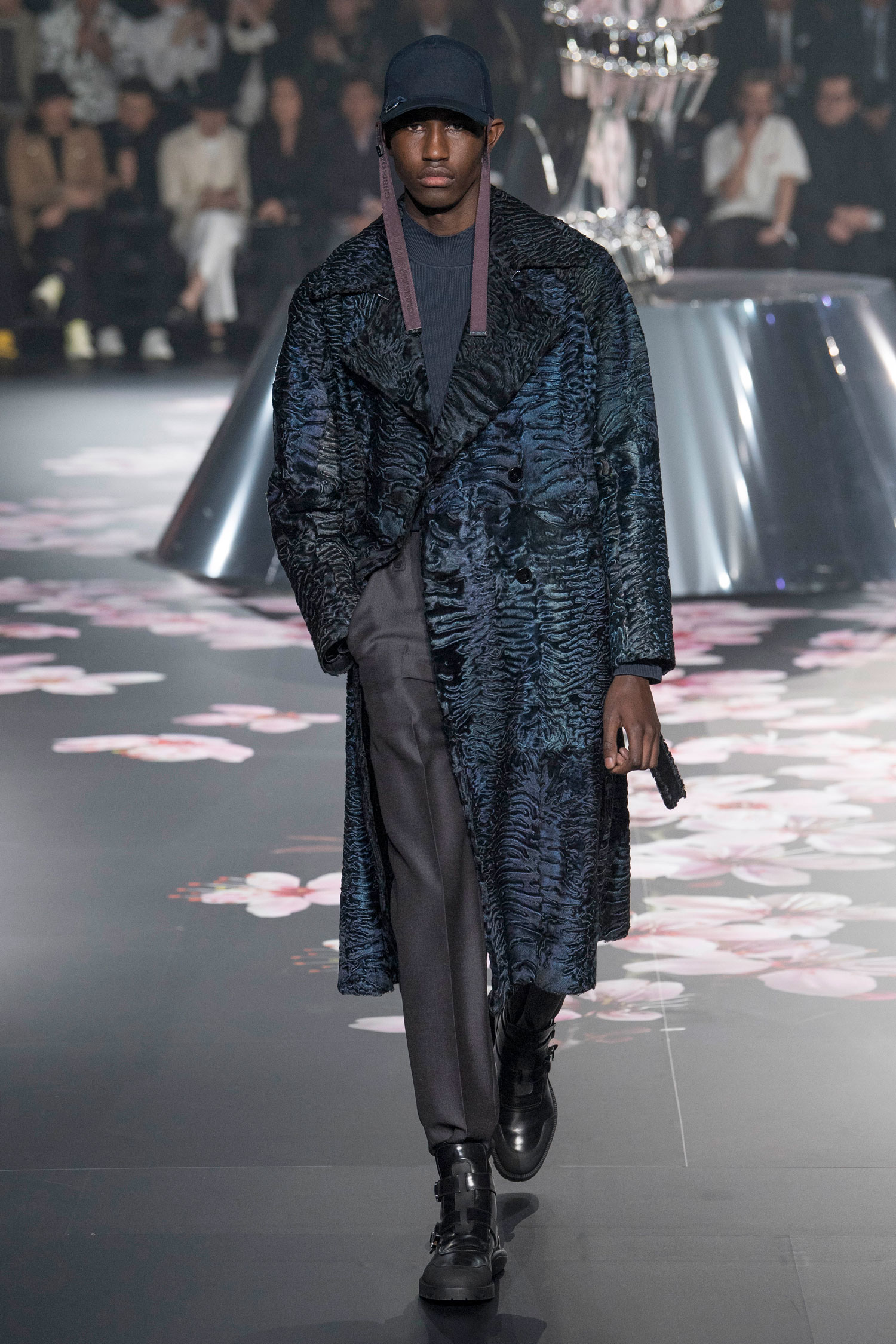 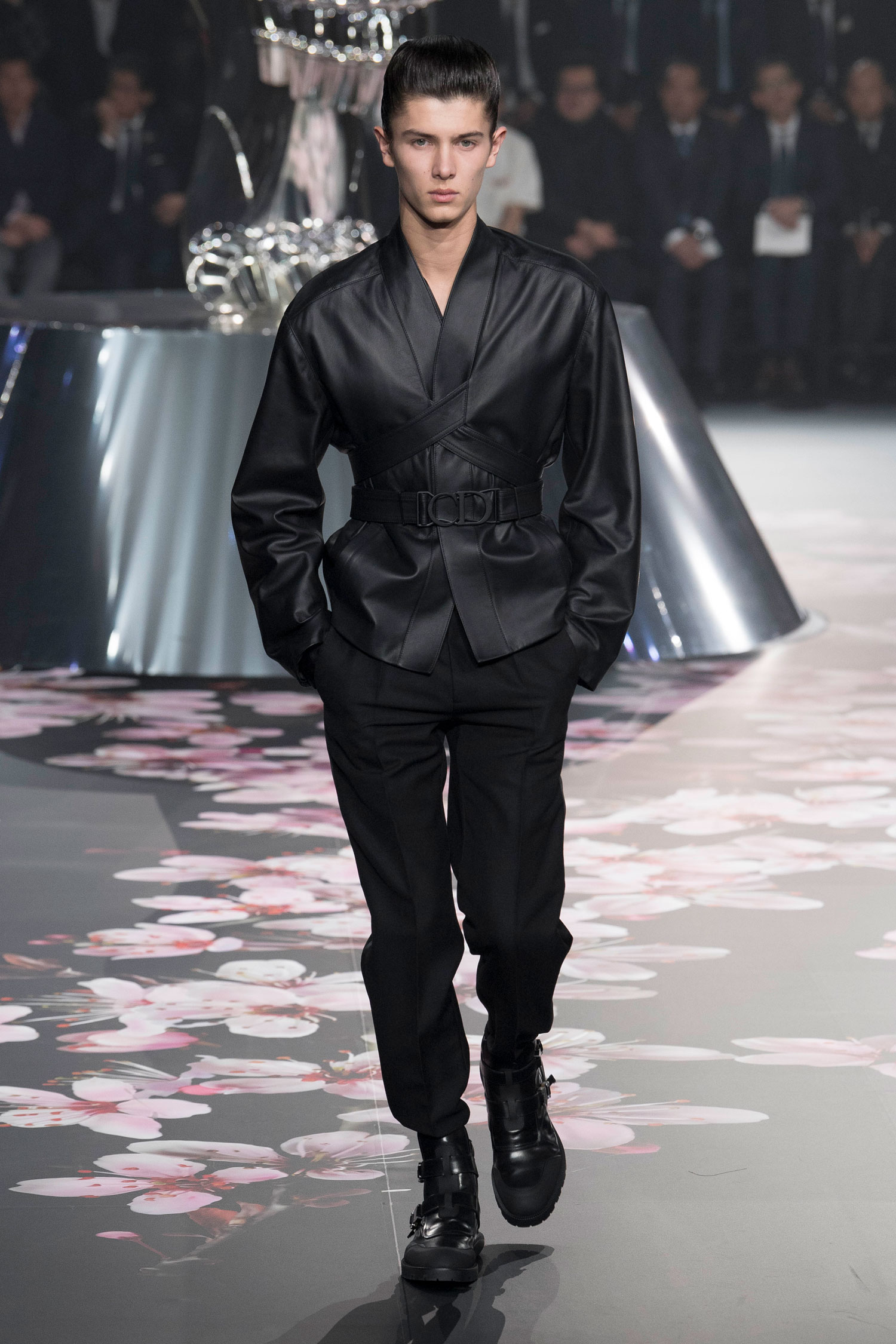 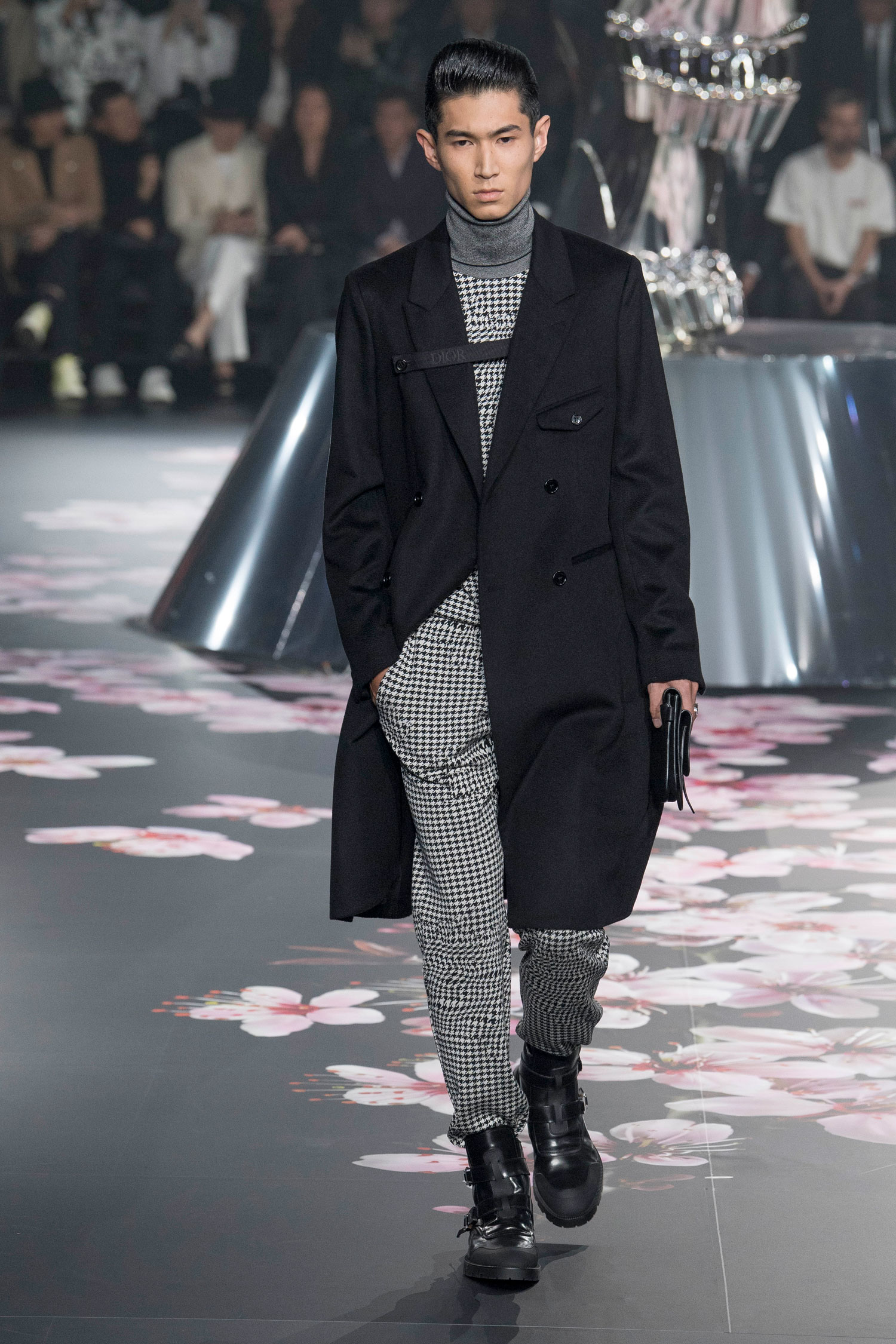 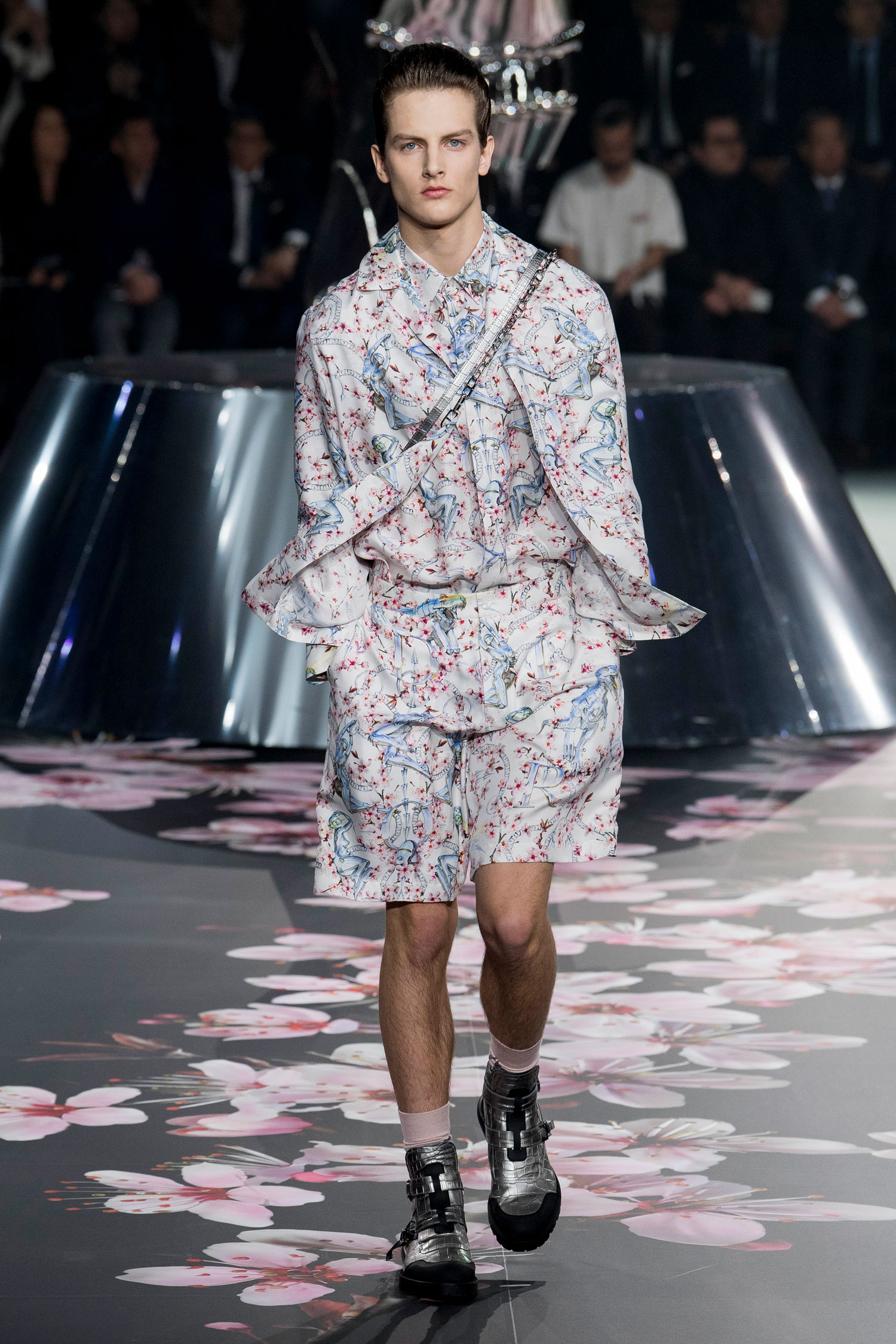 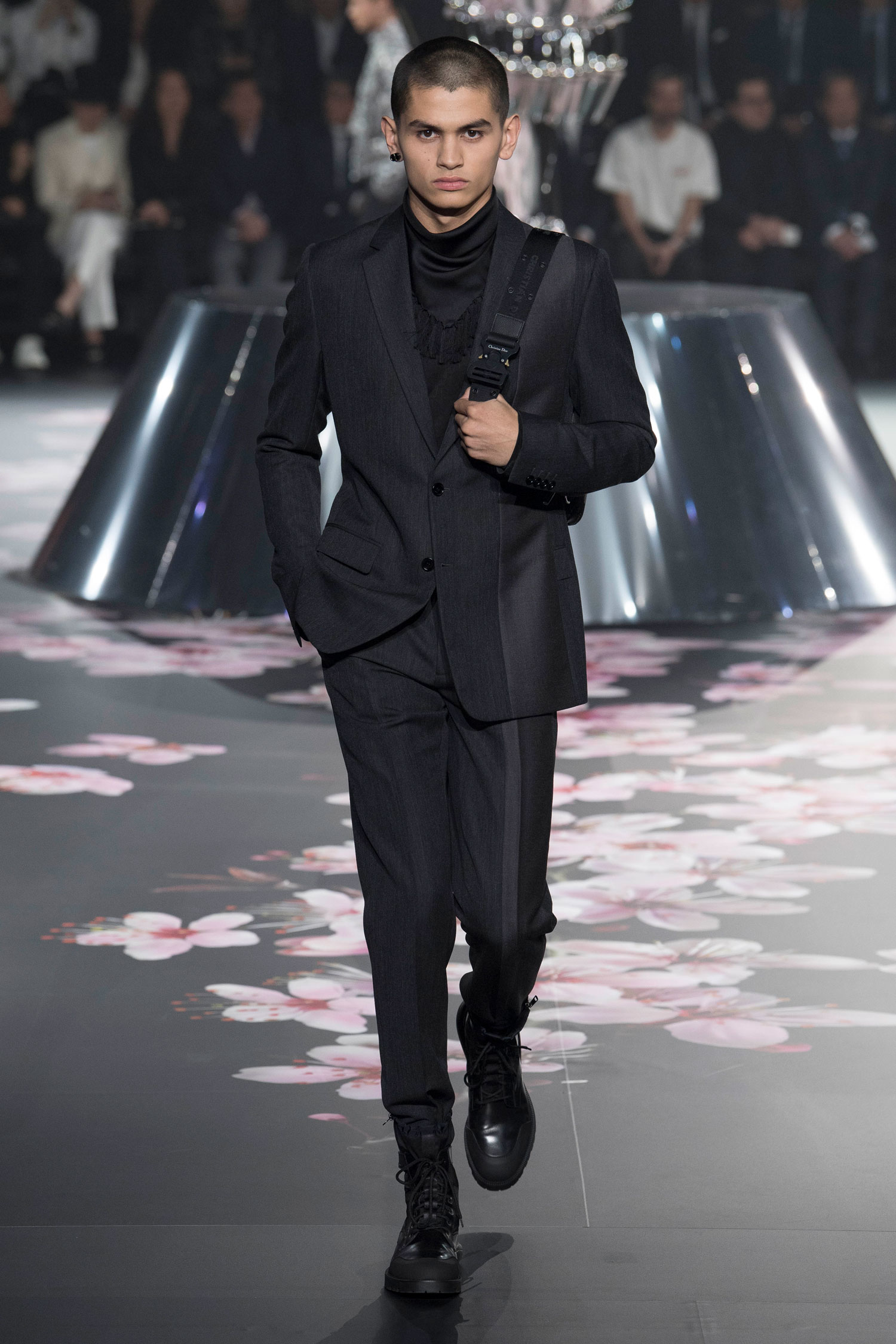 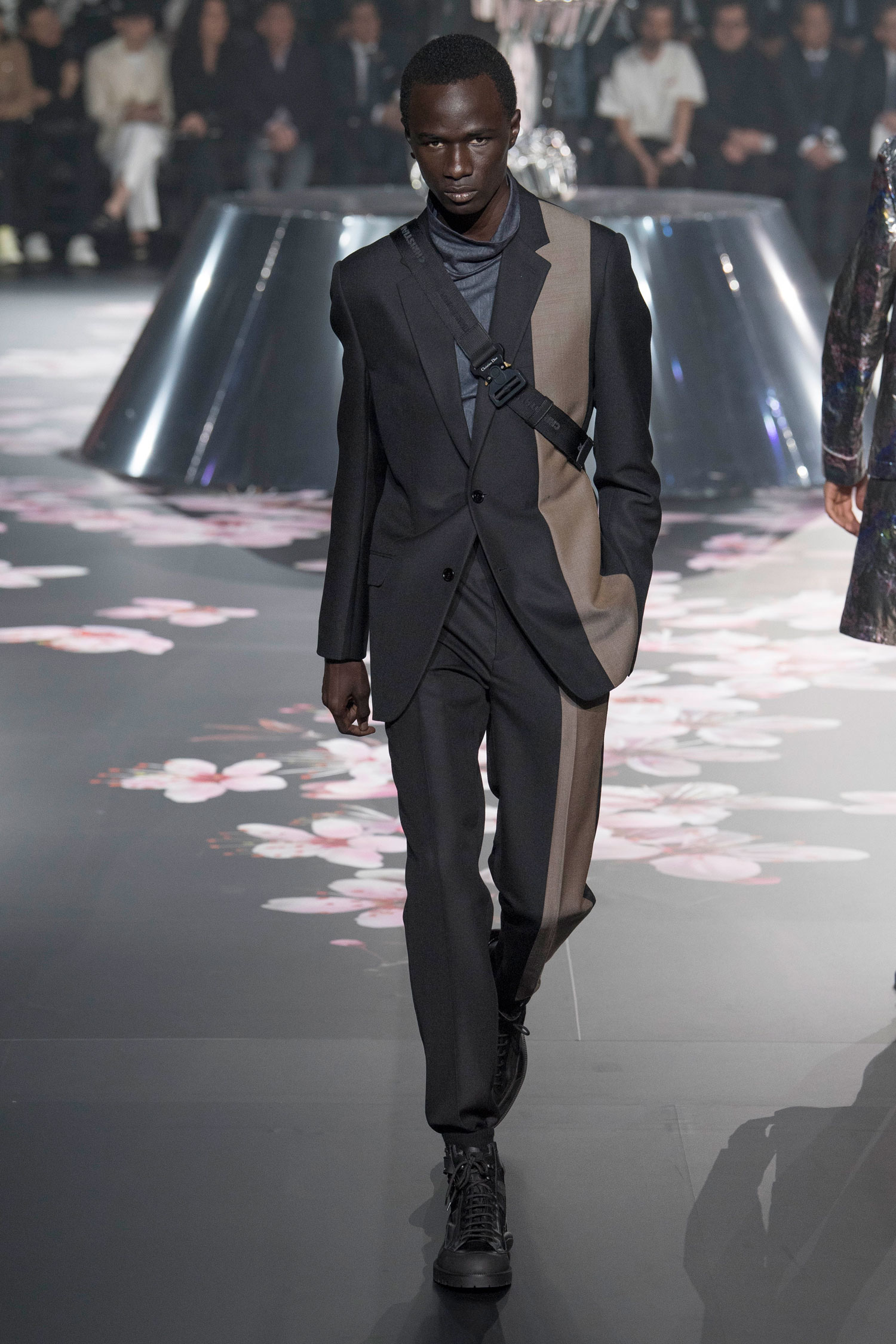 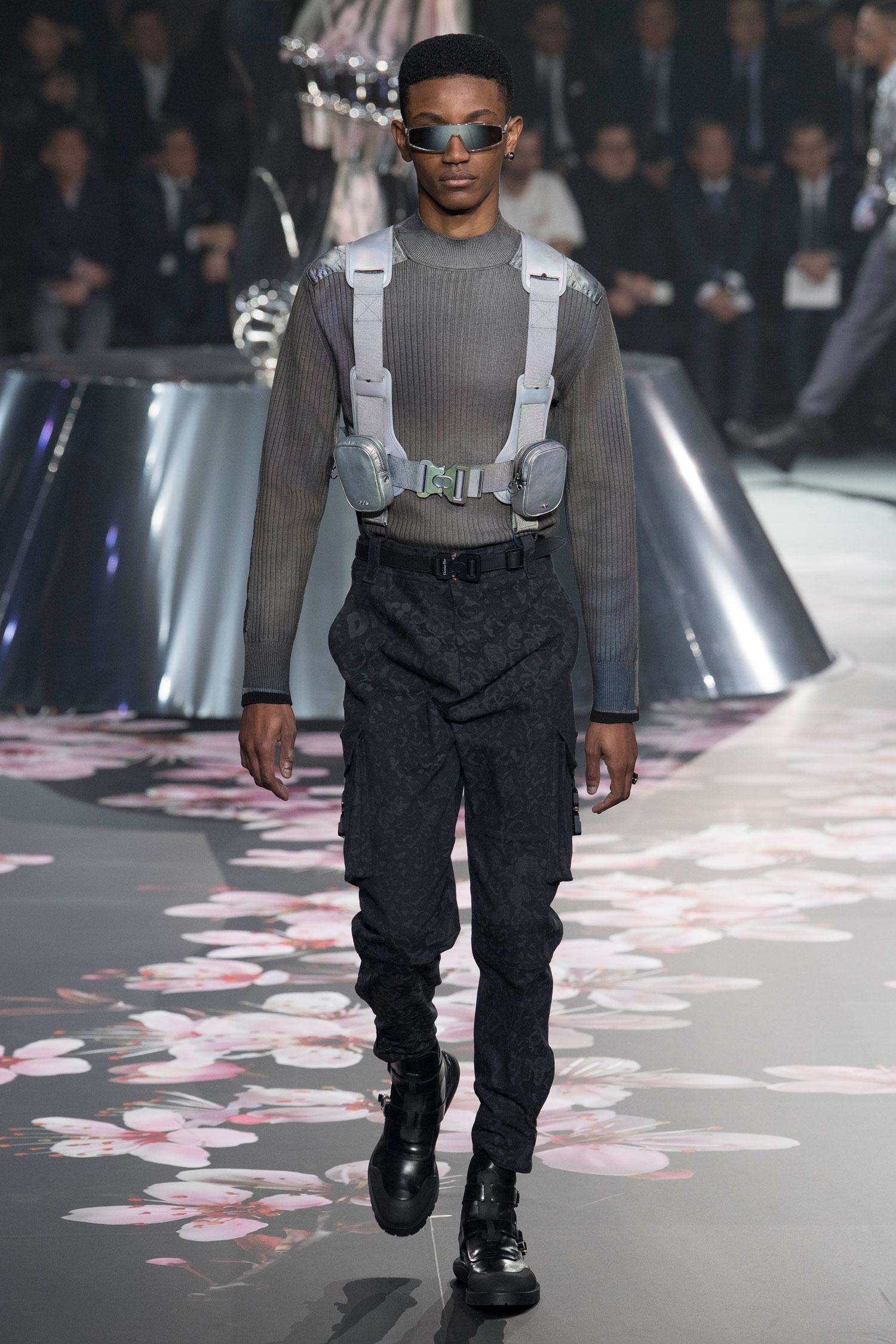 In this show, a massive 39 and a half foot tall Sorayama robot was installed in the center as a sort of showpiece and manifesto. Jones cited Monsieur Dior’s own patronage of the arts as a link to the idea, but more urgently it reconciled exaggerated femininity and absurd machismo. And in the collection, that synthesised into menswear that wasn’t afraid to dip into the feminine. Consider the two closing looks in leather, cut in the Tailleur Oblique line, an archival detail from '50s haute couture now repurposed for men. It had the suggestions of a kimono with its flat lapels and wraparound pattern and the nipped waist and soft sloped shoulders of the Bar silhouette.
There’s loads to love and ideas to unpack, but ultimately this collection had that all and the most important thing: desirability.

It’s thrilling when a designer is able to create with such clear direction yet keep his finger on the pulse of what people actually want to wear. And it was here in the low hanging fruit of more classic tailored pieces and knits -- albeit very well-done, as it must be from Dior. More exciting was that Jones put out a collection of updated menswear in a market that seems less interested in innovation, beauty, and elegance than in chasing the streetwear hype machine a la Supreme and inane graphic ironies. 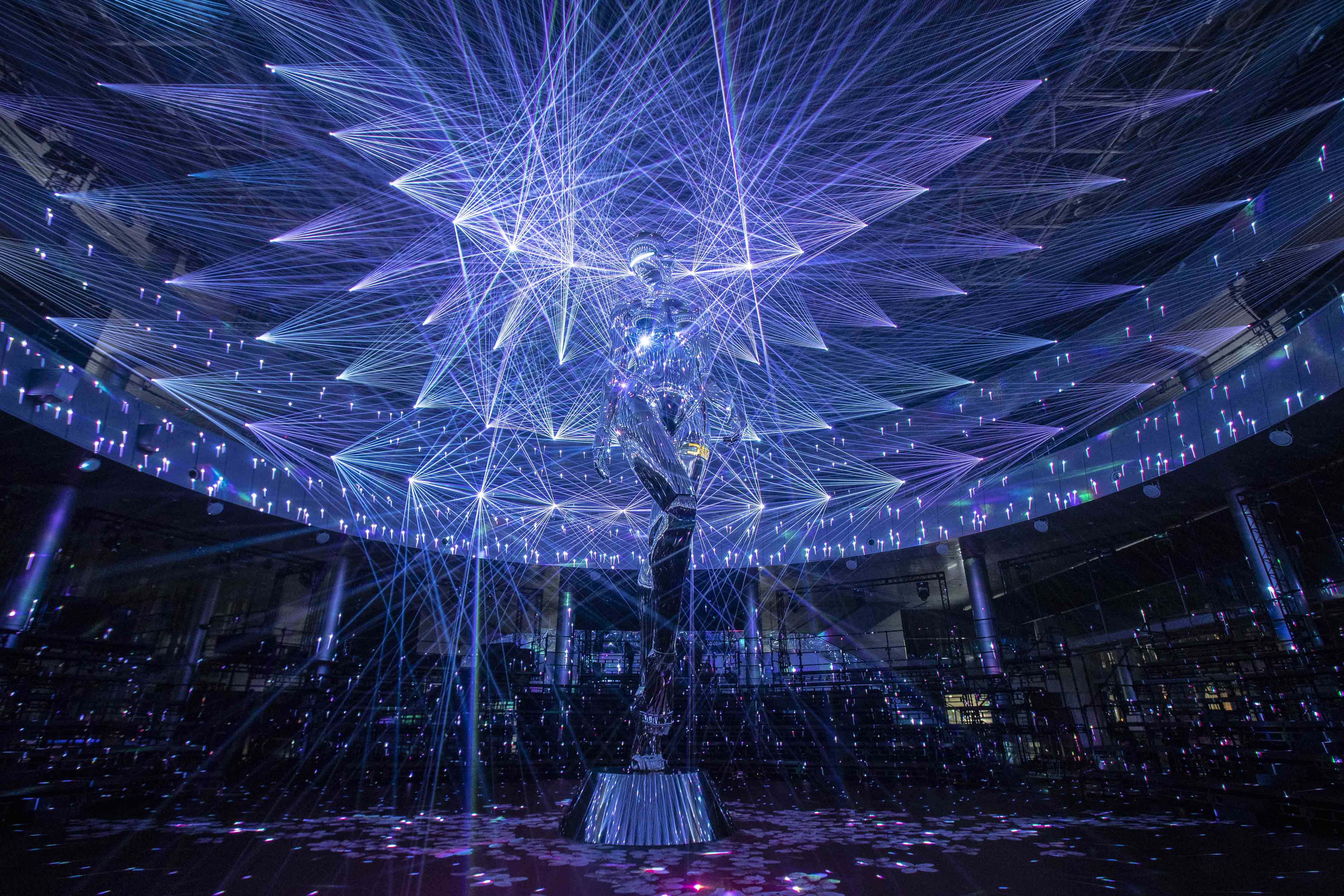 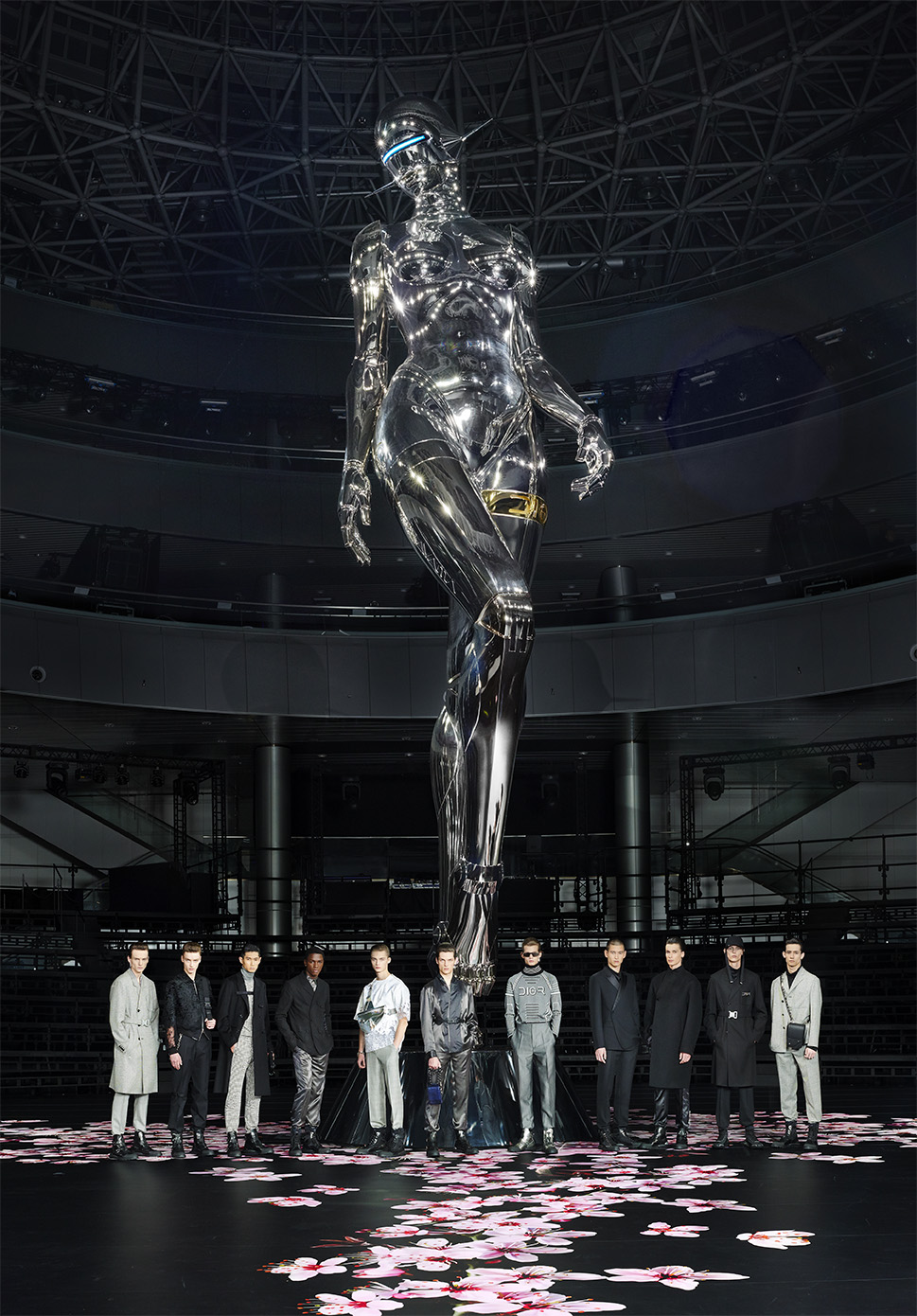 There's often a dichotomy when it comes to the two, but Jones is that talent that can bridge both worlds and generate a believable version of current luxury. That's a rare gift.