A Rocky Start For Burberry With Riccardo Tisci's Debut 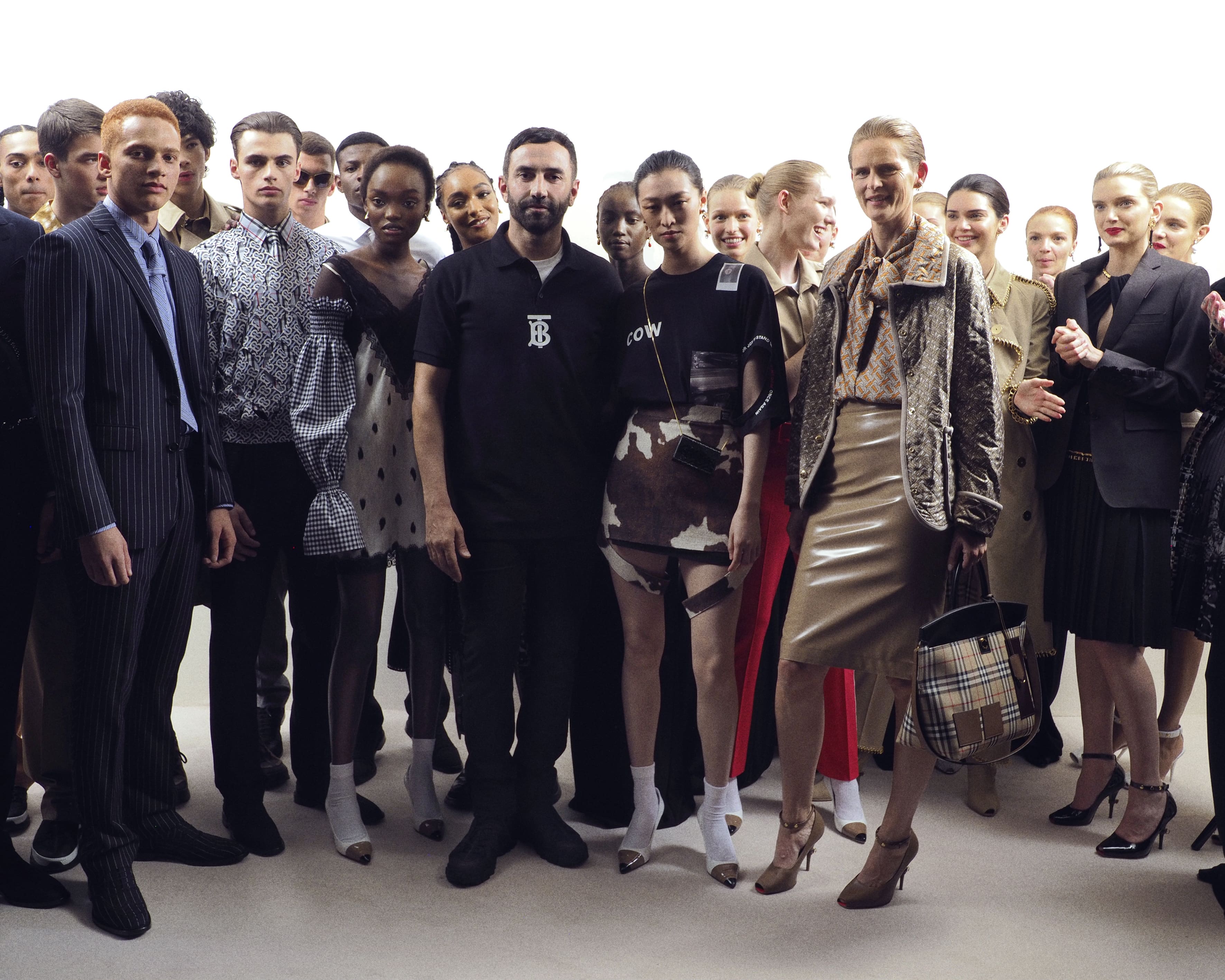 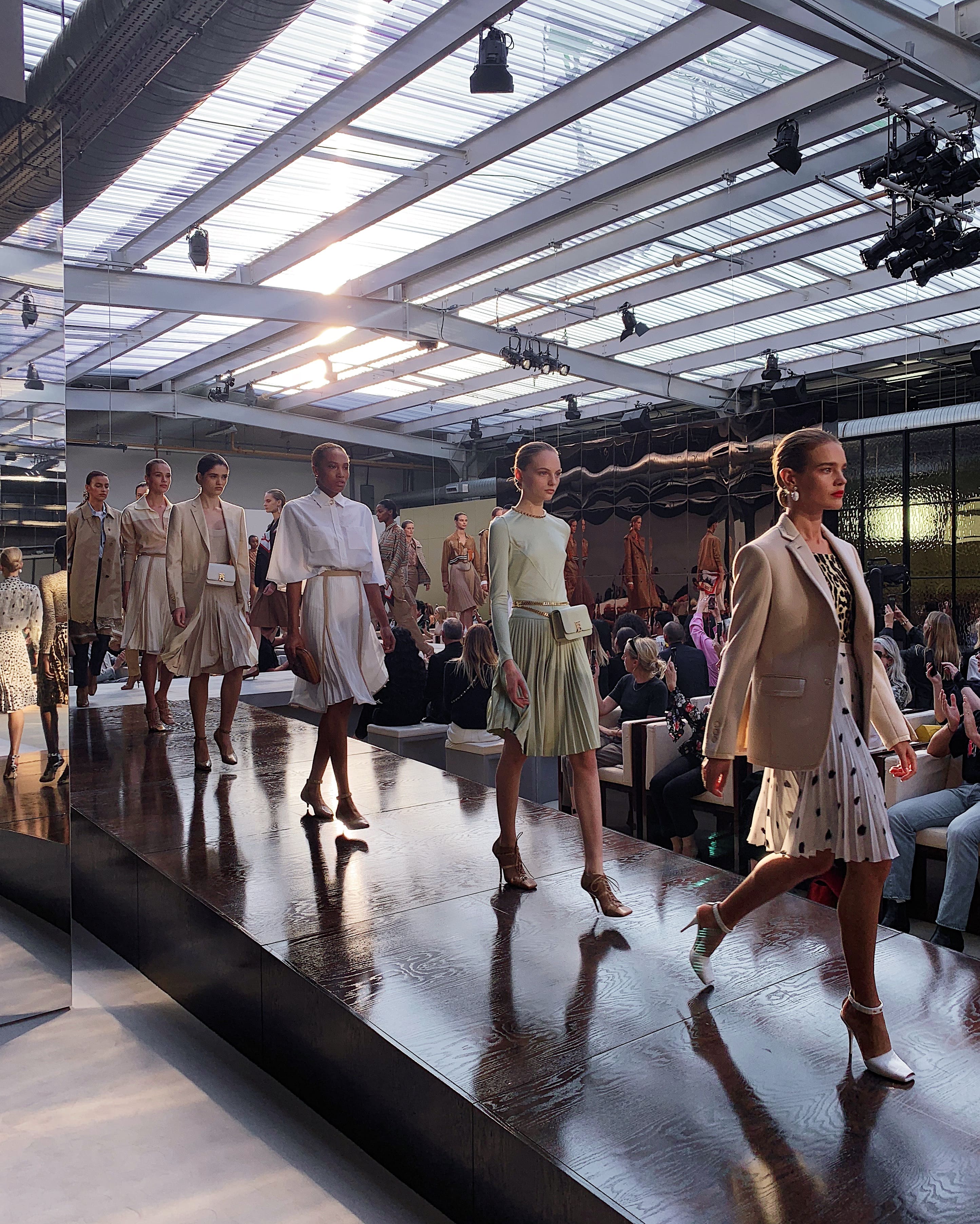 The hotly awaited show turned out to be a snoozer with no direction, a deflating departure for the pillar collection of London fashion week.
By
Gordon Ng
•
Sep 29, 2018

There was a strange deflated feeling to Riccardo Tisci’s debut at Burberry this season. After a protracted hiatus, the designer is back and now helming the largest English luxury fashion brand. No small feat, but Tisci's proven his knack for bridging scale and prestige with his time at Givenchy. The question now is if he can replicate that kind of success with Burberry.

This start was heralded first by standard practice rebrand moves. A new logo – typographically simpler – and a pretzel looking TB monogram for the brand's founder Thomas Burberry. The first was strange because Tisci released on Instagram a screenshot of his email conversation with Peter Saville essentially bragging about completing the logo in a short four weeks as opposed to the four months Saville would normally take for a project of this scale. It was weird because if anything it hinted unwittingly that the logo was a rush job.

The second became the lynchpin of the brand's promotional posters around the European fashion week cities leading up to the show. It's alright, but why does Burberry need a monogram anyway? To cash in on a trend? It served no purpose beyond a graphic calling card – but isn’t that the point of the haymarket check anyway?

Then there were the pre-show events. The flagship Regent Street store was transformed according to Tisci’s vision, with experiential art and themed rooms to frame the brand's history. And then there was a 24 hour drop of t-shirts with the brand's TB monogram to, I suppose, create a quick hive of buzz. And then the brand announced it was renouncing the use of fur, a move that aligns it with other luxury giants like Gucci and Versace. And then there’s an upcoming collaboration with Vivienne Westwood that was first announced in July 2018, but which will only be available in December 2018. Phew. That's a lot of things going on, and rather than a coordinated effort it feels like something too big that has lost track of its moving parts.

Quite like the Spring/Summer 2019 collection itself. It pains me to say it, but this was far from Tisci’s best work – brand notwithstanding. Largely, this was a massive show of 134 looks with little coherence beyond the surface and an uncertain aesthetic code. Tisci seems to not know what exactly to do with the Burberry fashion.

I don't blame him, because taking over after Christopher Bailey's 17 year reign, there's a very distinct style that he has to evolve from. At Givenchy, he had the freedom to impose his own aesthetic on a brand that had been gathering dust. But here he has to contend with a history that's a little closer to living and breathing.

The show was titled ‘Kingdom’. It was intended to, according to Burberry, pay “homage to the individuality, eccentricity and inimitable attitude of Britain.” Sure, but that's a wide spread of attitudes to cover. And Tisci approached it by spreading the clothes out so there was a clear distinction who each section of looks was meant for. The opening section of work-appropriate separates was bolstered by, yes, variations on a trench coat. It was polished and discreet but it lacked the imagination of Tisci and the veracity of his ability to provide sensuality for the everyday. Perhaps the intention was to be democratic for the widest possible market. The trouble with creating too widely is that you often end up creating for no one at all.

Things only picked up when a tweed coat in the house’s check came out, worn with a silk lace blouse and a skirt printed with a Victorian image. That sort of gothic morbidity is more recognisable, and here it worked as a personal signature of the designer that you could fathom being transplanted on and interpreted for Burberry. Then leather pieces, and some dresses. But why this collection was so insistent on camel I cannot fathom. In the best cases, as when look 44 decorated a coat with feather appliqués, it worked as a good base on which to present ideas. In the worst, it was drab.

More confusing was the menswear. There was simply no character or perspective to these: just tailored pieces with hokey accessories styled for quirk. The silhouettes suggested pedestrian blah, and it might as well have not been included. There’s not much to say about them.

But that’s better than the strange animal print section that saw the designer print the word ‘COW’ large and bold onto dresses and shirts. That’s a label nobody wants, no matter what the one on the inside says. And then there was the sporty stuff. Tisci was one of the earliest designers to bridge and appropriate from the street for the luxury market, but here it seems his time away has dulled his edge and intimacy with the pulse of a world that has sped beyond and left him behind.

As far as debuts go, this was as uninspiring as it gets. The good news is that this was just the start, and I believe designers need time to settle in and upon a vision for the brand. Unless Tisci dares to wipe the slate and put more of himself on the runway, however, his presence at Burberry might just amount to celebrity. 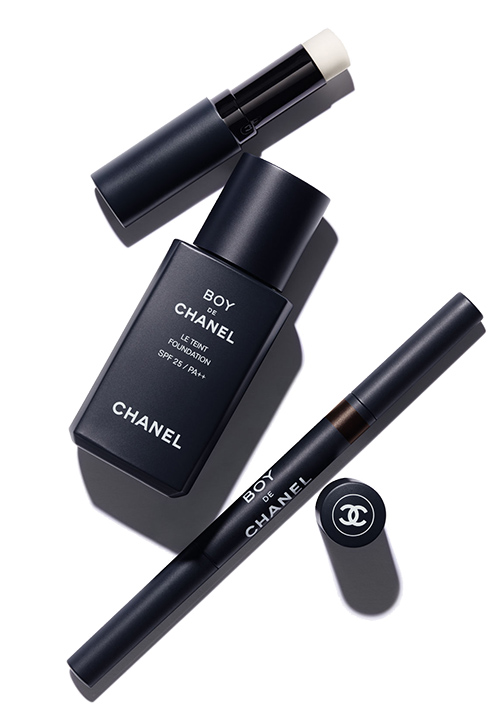 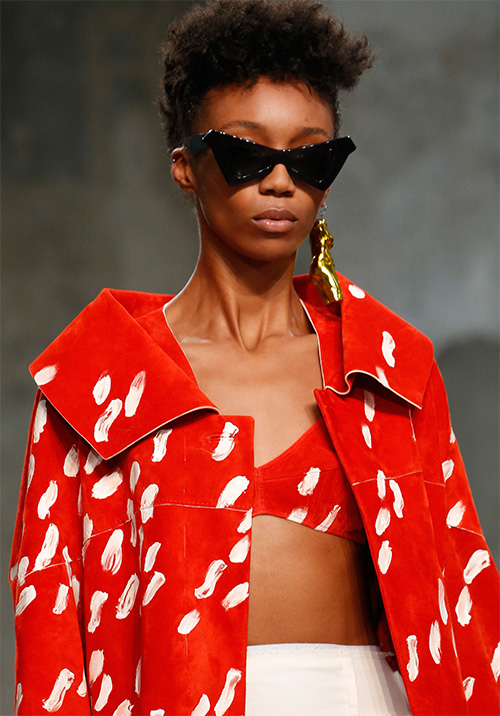 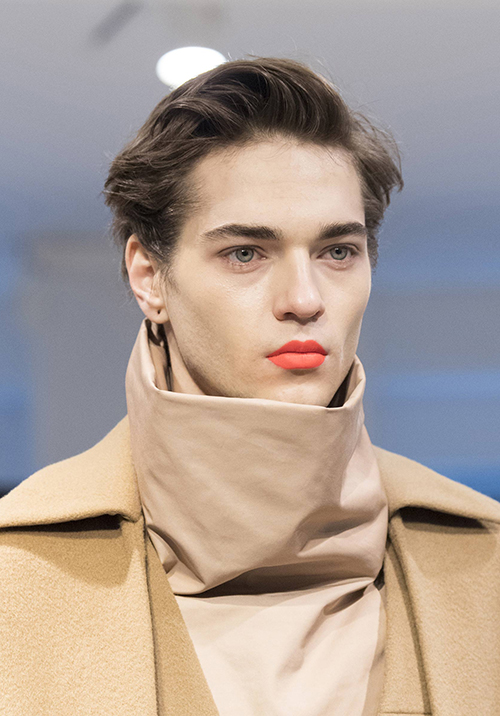