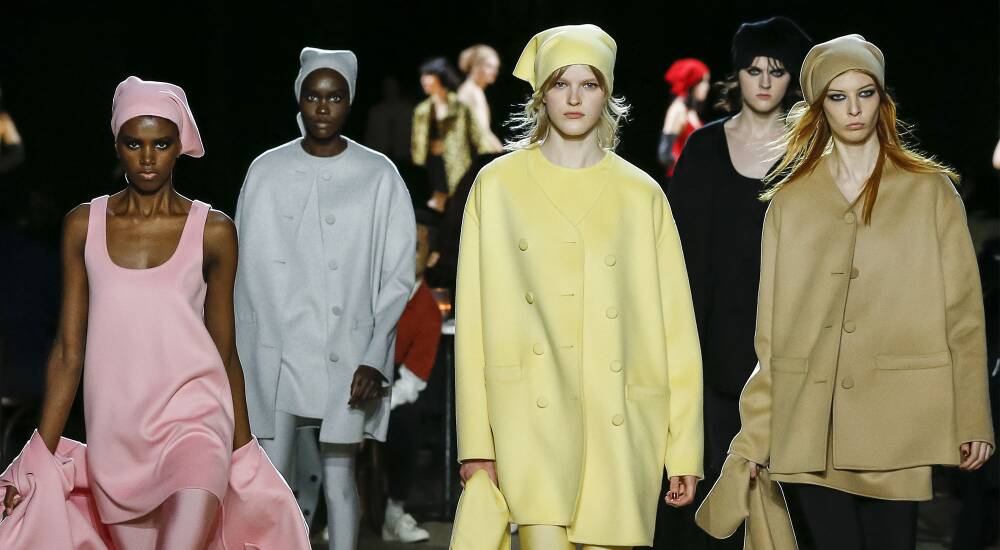 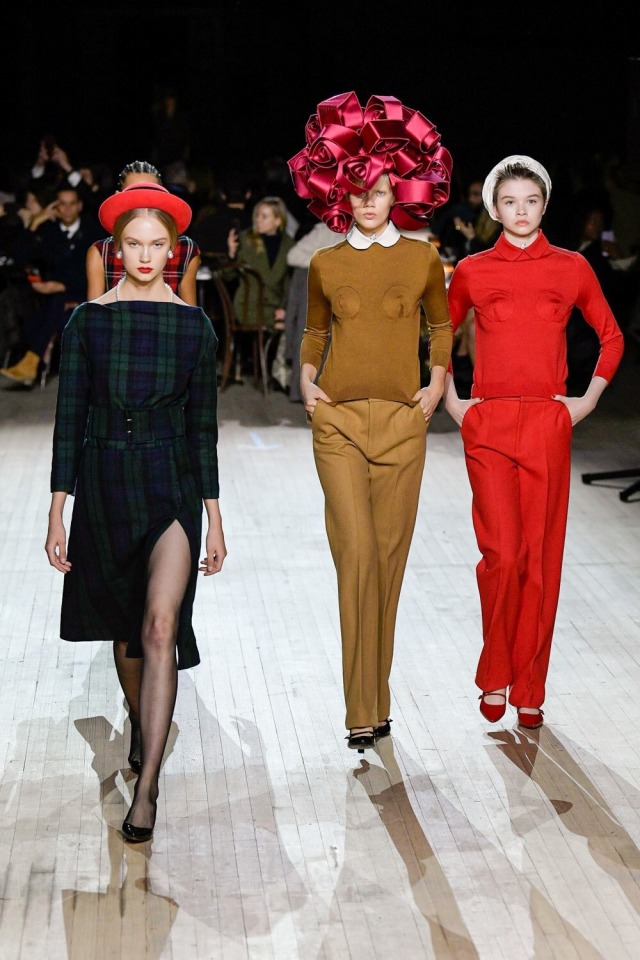 The American designer’s runway show, with its Karole Armitage choreography as creative accompaniment, summoned up a longing for a bygone New York City – one that represents big lights and bigger dreams.
By
Gordon Ng
•
Feb 19, 2020

New York City occupies a special place in our shared imaginations. It’s long been a pinnacle of cosmopolitan aspiration, of a creative hotpot, and of a global space in which the arts and creativity flourished. It’s there in all the songs we sing about it, in all the small town dreamers, the immigrant hopes, and even for most of us who will never live there, the chaotic ideal of a city that’s given life by the sheer variety of people and activity.

But times have changed, and the truth is that so has the city. New York Fashion Week is itself constantly under scrutiny and being worried about by people in the industry. Where are the success stories, the Ralph Lauren, Donna Karan, Calvin Klein of this generation? What does it mean that so many American designers who used to show in New York are taking off to Europe for the improved prestige and standing? Should we be worried that Tom Ford – himself the chairman of the Council of Fashion Designers of America and normally one of the city’s anchor big names – opted to show in Los Angeles this season instead of New York?

Marc Jacobs’ latest runway presentation seemed to center around similar thoughts on his city. Fashion is often used as a way to talk about the present and to propose ideas for the future, but sometimes the greatest clarity can come from looking at the past. The past in question is, of course, that platonic ideal of New York – the city that once bolstered his burgeoning career and launched his brand into the international one it is today.

I was reminded, watching this collection, of a scene in the Bill Cunningham documentary. Cunningham lived in the Carnegie Hall Artist Studio building, an artists’ colony that housed creative powerhouses for over a century. In that film, Cunningham visits the photographer Editta Sherman, who used to shoot old Hollywood greats. Sherman, aged 96 then, had lived in the studio for well over 60 years. By the time the documentary was being made, Sherman and Cunningham were some of the last tenants remaining. The building’s management was trying to evict and move its unwilling longtime tenants in order to repurpose the spaces for corporate offices, meeting rooms, a glossy new multimillion-dollar music institute, ticketing offices – blah. It’s a manifestation of corporate takeovers and the accompanying decline of the arts.

That situation sort of mirrors the fashion industry today, which is more often than not a soulless corporate beast. Even the most storied haute couture houses, that once defined modern fashion and redefined the ways we think about how we dress ourselves, are slaves more to business than creativity. Imagine what that does to working designers today who have little choice but to be mired in the system?

But that’s the contextual preamble. In staging this runway collection, Marc Jacobs enlisted the help of the dancer and choreographer Karole Armitage. Armitage, who opened the show under a lone spotlight, represents a kind of old New York art world herself. She's something of a legend herself, with a body of work that has challenged and pushed the bounds of classical dance as we understand it. She danced and worked with George Balanchine, Merce Cunningham, Rudolf Nureyev – that sort of awe-inducing crowd. About 50 models from Armitage’s company, ARMITAGE GONE! DANCE, rushed out in the cavernous Park Avenue Armoury space, where Jacobs has shown for a few seasons now, and began moving about the space. Chaotic, writhing, straight up sprinting, it was a stark contrast to the more steady stream of models that followed.

On the models, the clothes were restrained. In the sense that, while Jacobs had been exploring the glory days of haute couture, and of great big personalities, in his previous collections, this one seemed more about realistic clothing. The suit jackets were cut in his signature style, with attenuated lapels and rounded shoulders, in sensible fabrics. There were pastel trios of A-line dresses, sweater-shirt pairings, glitzy evening gowns, large outsized coats, but all in all there was a sense of reality. That these were the sort of costumes that you had in your mind when you imagined New York in its brightest of glories – the comfortable mix of the dramatic and the pedestrian.

It perhaps made sense that the audience was seated cafe-style around tables, as though they were people watching. The chaos of the dancers forming a living, breathing simulacra of the city; the procession of the models, the people who inhabit it. There were over 50 dancers and 88 models – it was a lot to take in visually. Even experientially, because at the show’s end the dancers swarmed through the audience section. It’s a lot, but it was also a great manifestation of the excitement and flurry that is intrinsically a part of the dream of New York. No one imagines the city quiet, the people leaving no impression. That chaos is part of the charm, and the creative cross-pollination – as it happened at this show with Armitage's gorgeous and poetic evocation of place and people – often at the heart of it.

There was longing to be sure, but the collection and its presentation didn’t reek of nostalgia. It seemed more a reminder that the dream of the big city and its excitations are still beautiful. That New York, despite the fretting about it today, can still be an incredible place for fashion to happen. And not because things have been dragged down by the current state of affairs, but that in spite of that someone like Marc Jacobs still has the audacity of vision and imagination – to bring, from a dialogue with the past, a conversation about the cultural shapings of today. 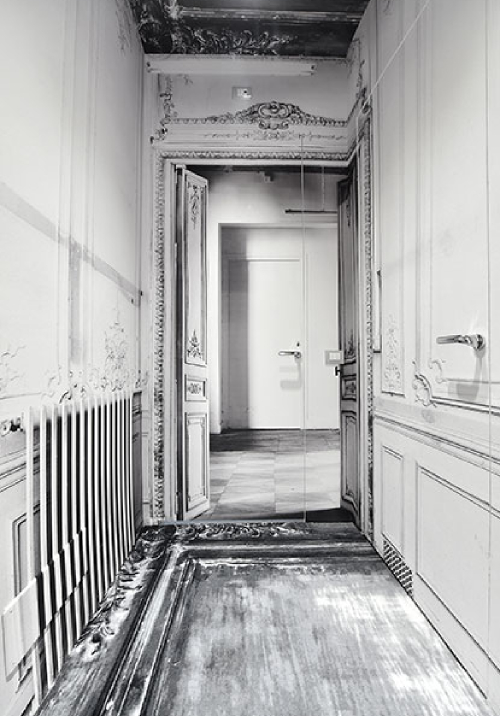 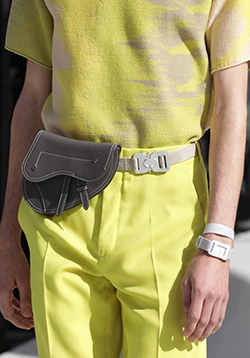