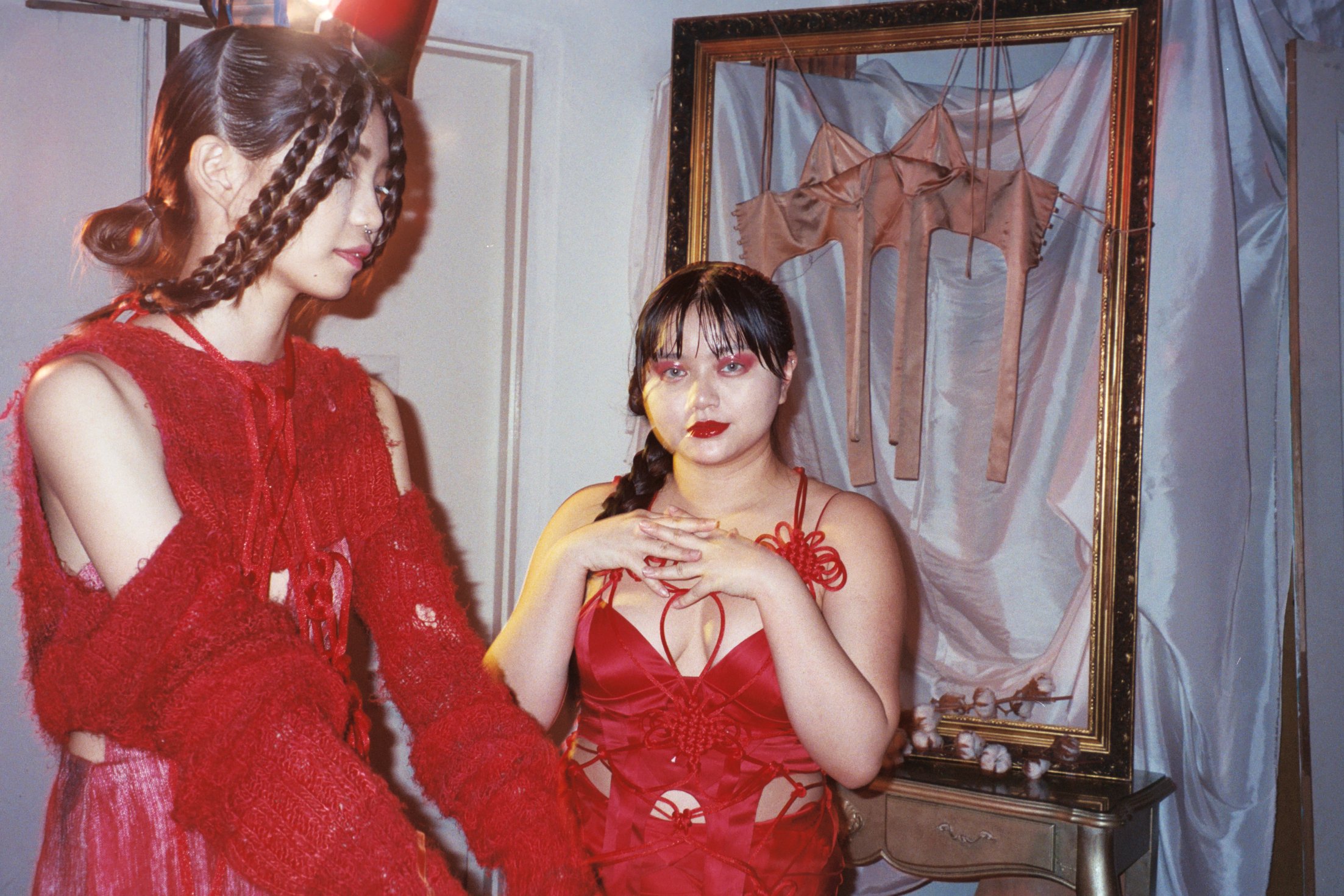 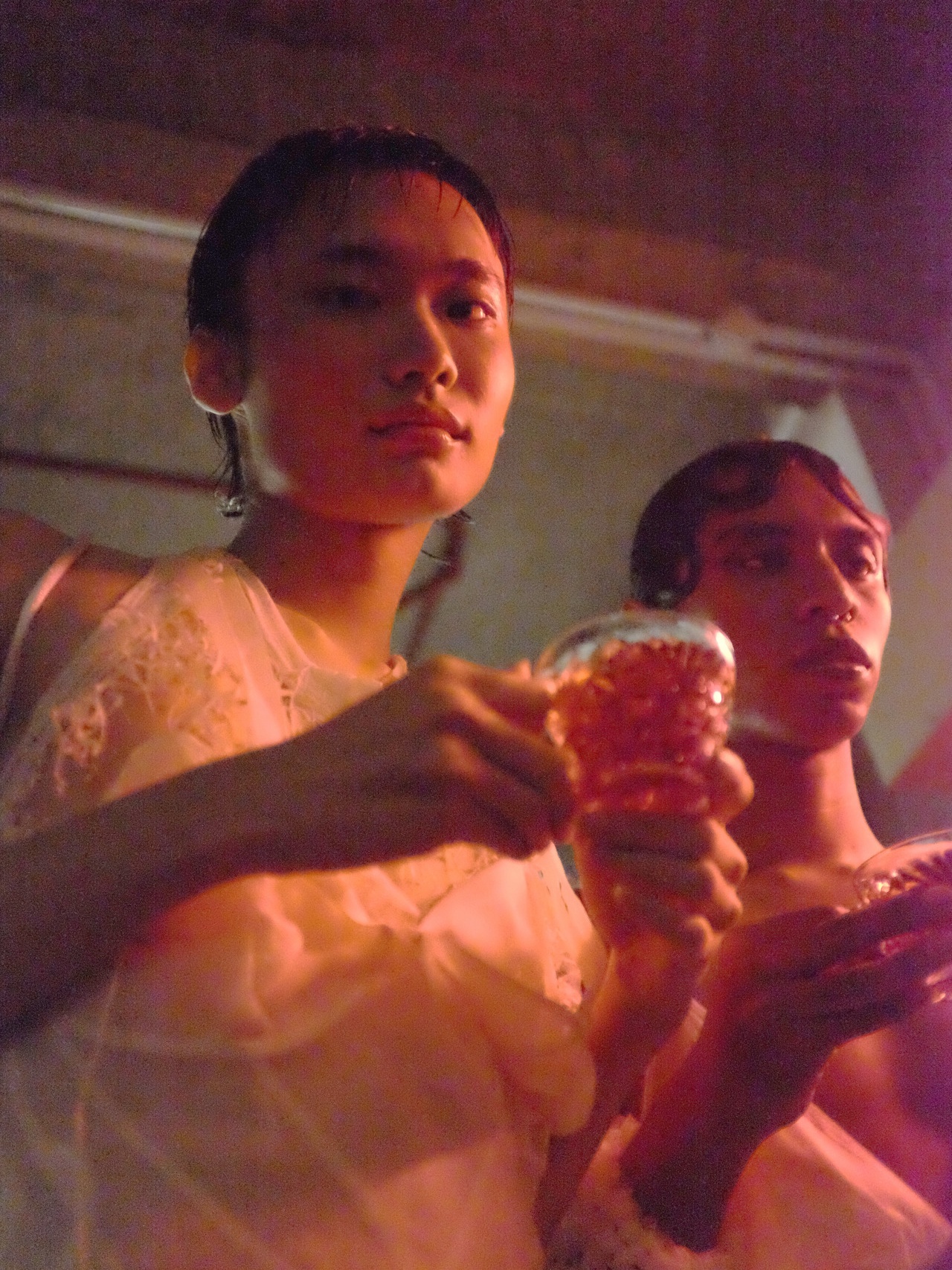 The textile and garment artist Shawna Wu is an intriguing new talent whose work boldly embodies and dissects such complications as faceted identities, cultural burdens, sustainability, and empathy. ISSUE Magazine mines her mind and emotions.
By
Gordon Ng
•
Jan 28, 2019

What most excites you about knit now?

There is fully fashioned knitwear where no thread goes to waste. When you make a garment, you make it to the shape of a pattern and it’s nice ‘cos everything has its place in the world. It’s like a painting where each brush stroke is perfect and builds a composite. Nothing feels like it doesn’t belong ‘cos the thread is where it needs to be, versus woven [garments] where in the industry you cut into a rectangular piece of cloth to get the neckline and curves and throw away the excess. When you’re making something and you see how much gets thrown away it doesn’t feel good.

Why does fabric waste get to you like that?

It’s scary and the same as abandoned babies to me. In the sense that it doesn’t feel good to be excessive. I’m fighting against the sense that something is superfluous in a bad way. My personal aesthetic philosophy doesn’t come from other designers, and has more to do with empathy and making affective fashion.

No, fully fashioned knitwear is quite common whereas fully fashioned weaving doesn’t exist. The main thing is that cut and sewn is cheaper and doesn’t require as much time to plan. In most companies they don’t have the lead times because it’s fast fashion. In one year there are 36 cycles which is ridiculous! They don’t have time to plan and program and knit it one by one. So yeah, it is idealistic and not as common but it isn’t too far off. All systems are built according to people’s ideals and people don’t care yet to work on that idea. But honestly they should because it’s so obvious.

You were born in, and used to be a Singaporean Permanent Resident. But you’re also Taiwanese and now based in New York. That cross-culturalism has to surely inform your work and practice. How much of that was present in your most recent presentation in Singapore?

Particularly so with this performance. It’s exploring the feeling of what it’s like to be born into a body and embody things we did not choose. Sexuality and culture, for example. And we have to carry on legacies and rituals that we inherit from the families and tribes we come from. We have no choice, and if you’re Asian there are certain things your physical appearance makes you embody.

And fashion allows you to explore these ideas?

The medium of fashion is special because it’s so intimately in touch with bodies. And you can remove it from being worn. An object is just an object but fashion is worn. It is the perfect medium to explore what it’s like to embody cultural values. To get at the feeling of embodying a  culture that you respect and love but that at times is -- [makes a retching sound] -- too much.

But basically what’s happening is a reimagined tea ceremony. Taking that traditional ritual and having the models drink tea and participating and as they’re trying to drink, some of it leaks. There’s too much and it’s flowing out. The same as wanting to hold all the culture you were born into but it’s too much so you have to let some of it go.

The tea ceremony is obviously an Eastern tradition, and there are details like Chinese knots in your designs. Were these reflections on your own culture?

Not elaborating what it means to have a tea ceremony, or what a Chinese knot looks like, but to convey the emotion of what it feels to have too much to bear. So to do that I had to do an unconventional fashion show where it’s visceral and performative. You can feel the embodiment in the performance and in the interaction between the body and the garment. After the models spilt [the tea], it stained the clothes with a red hawthorn color. And when you [make a] stain there’s an association with shame and dirtiness. We all kinda know when something is wet and sticky and how it feels to be force fed so much ‘til you puke.

Now, red is a colour rife with innuendo. And the blood red you use in your garments suggested an undertone of violence to me -- was this intended?

I’m not trying to make violence. It’s just sometimes the feeling of being forced is too difficult. It does feel violent in some ways, say if you’re queer and being who you want to be is dangerous. Not a point where you feel there is violence ‘cos people are gonna attack you physically or verbally, but because conditioning itself can be violent psychologically.

Yet red is still indicative of a kind of physicality.

I’m not looking to comment on how violent something like childbirth is: it’s a normal state of being.The point is that some things are not that casual. Red is just a normal colour of life. The blood and umbilical cord… and menstruation is lowkey really violent. It’s chunks falling out of your womb. It’s so hilarious but it’s a normal thing. Casually being alive isn’t even that casual! That’s how I am with my work, it’s just there because it’s normal.

Do you find yourself navigating many different cultural identities?

Everyone does. Especially in Singapore. I think it’s ‘cos my family is made up of lots of immigrants in different places and when I got older I would go to lots of different cities and countries. When you’re in a new space and somebody asks you where you’re from, you have to decide what to say and what to tell them your culture is about. Because I had to think about it so much, I dwelled on what to present and say and it makes me hypersensitive to the nuances. I have so much work that’s based off those in between states of being in these cultures. The feeling of conflict doesn’t just come from being Asian. It’s from being many things at once. Are Asians suppressed or are they free? There are so many things. That’s why I’m extra comfortable talking about it.

What kind of questions do you get asked?

What kind of Taiwanese are you? There’s the Japanese-occupied Taiwanese and the Han and the mainlanders and the aboriginals. Anyway, the point is it’s nuanced and I think more awareness of these nuances -- and immigrants have this a lot -- makes me more open to dialogue as an empathetic person. I’m not into liminal categories.

When you’re working and creating these clothes, what do you think of?

When I’m making my stuff I’m thinking of broader feelings like empathy and loving somebody that’s different from you. There’s always you and the other, and you have to negotiate with the other.

Is there a vein of eroticism to it?

And this is a different eroticism from sex appeal.

Back to the decorative for a moment. You describe being overloaded with cultural burdens, but you still use a bit of Chinese aesthetics in your designs. Tell me about those.

Knots are attachments and in Chinese culture when you give a knot it’s a sign of being attached or that you know each other in this lifetime and knot your lives together. It’s so great ‘cos it’s about attachments and the only things that matter are the things that are lingering and sticky and make you feel like who you are and where you belong. It’s beautiful and poetic, not to mention so fucking sick. It’s really complicated and a tradition that’s centuries old. If young people don’t learn that shit and if people like us don’t learn, it’s going to disappear.

What kind of things do you want to be making?

When did this approach and philosophy solidify itself in your mind?

It got clearer after I’d had some experience in the industry. I started working way before I graduated and seeing the unsustainability, I knew the industry was too [much of a] dead end to me.

How are you planning to evolve your practice?

What I’m gonna proceed with in the future is more shows in major cities similar to this performance. Maybe one in Taiwan, Korea, London and Singapore at the end of this year. These experiential shows [let me] do many things at once [and can] make people think about fashion differently. A live garment installation is different from a runway show and makes people aware of the cultural link between a garment and the body.

A link that is fast becoming lost.

I think fashion has become so much about business. I think I operate in between in a more artistic practice. I’m not here to make product or become a slave to that cycle. I obviously don’t mind creating my garments so people can buy it -- that’s normal. But if you’re a young new designer like me trying to get commercial success, you wouldn’t act the way I did. I would just make box t-shirts with screen print logos. I have no problem with streetwear. Culturally there’s a lot of great things about it, but it’s not me. I don’t have anything to add on to that.

Your clothes are one-off creations, and understandably so because of the nature of the craft involved in making them. What is your process like when creating these?

What I do is I talk to the person and try to understand and get to know them. To understand what colors they feel more comfortable in, what they’re comfortable showing, their insecure areas, or what makes them feel good. I generally do that in the casting process. For each model I had fitting sessions and tried to understand what suits their personality and brings out what they think [are their] assets. It might seem fluffy, but it’s what makes them feel good. Sometimes they don’t know, so you have to give them the time. Time is the most valuable thing you can give to people. If I’m going to dress a person then the medium itself is a person. And that person is going to talk back and tell you [his or her] limits. I have no problems listening, and my job is to talk to each other and get each other. 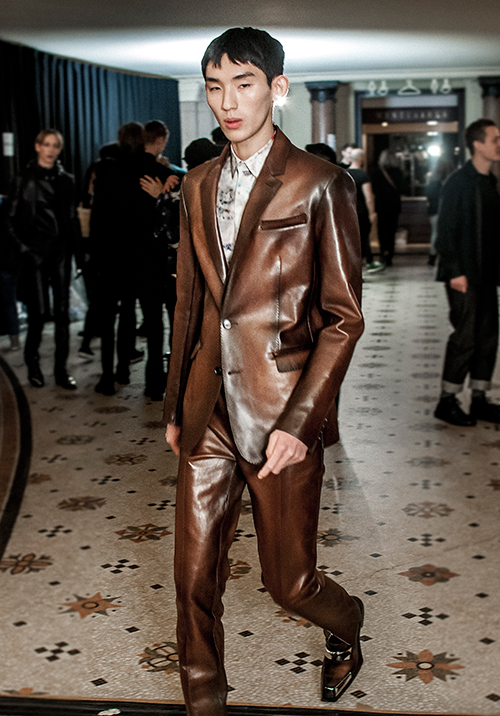 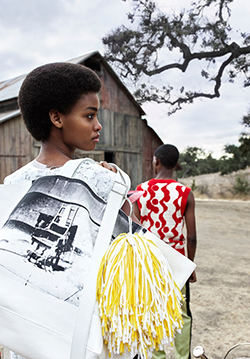 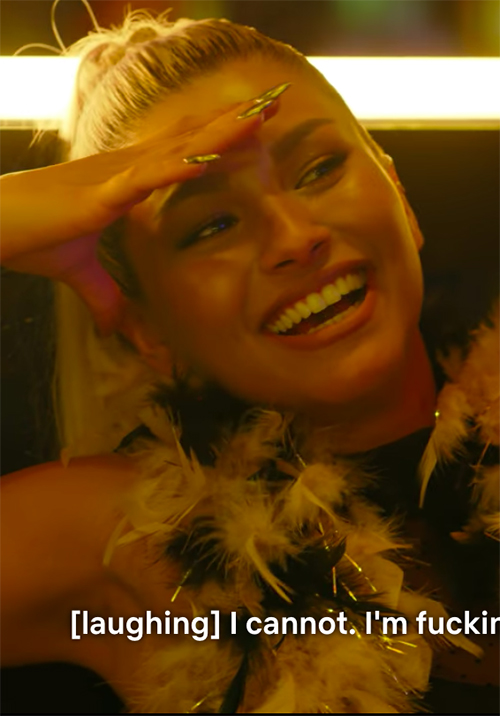 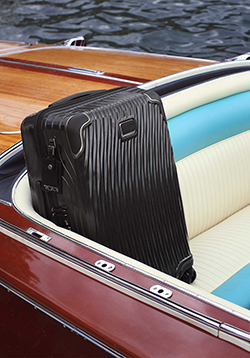